Families Are Waiting Too Long to Use Hospice Care

In the United States today, there are over 1.5 million patients receiving hospice care. Shockingly, 34.5% of those patients die within a week of receiving it. When a study was conducted in 2000 to find out how many Medicare beneficiaries were receiving hospice care upon the time of death, the number was at just 23%. Looking at hospice care as a whole, 66% of the care was provided wherever the patients were residing, which includes private homes, nursing homes, and other residential locations.

These findings show us that families are waiting too long to place those who need it the most into hospice care. With 91% of hospice care when the study came out being covered by the Medicare Hospice Benefit, why is there such a long delay in patients needing hospice care receiving it?

Why Hospice Care Is Delayed

One reason is that the families of patients who qualify for hospice care have the belief that such care is only for cancer patients, or even just patients with stage four metastasized cancer. However, the researchers in the study mentioned earlier discovered that 63% of people receiving hospice care were there for other issues, including common diagnosis such as dementia, heart disease, lung disease, kidney disease, and stroke, among others. This indicates that a majority of people who could benefit from hospice care may not be receiving it.

All of these figures are from patients who actually receive hospice care in the first place. According to figures released in 2000, just 23% of Medicare beneficiaries who died ended up receiving hospice care at the time of their deaths. This figure is shockingly low.

As mentioned earlier, most people, especially older folks, still believe that hospice care is only for people with terminal cancer. These people are putting patients into hospice care too late due to hospice originally being offered to patients suffering from end-stage cancer. However, times have changed, and an increasing number of people are seeking out hospice care for issues unrelated to cancer.

Another reason why people who know that non-cancer patients can receive hospice care don’t seek it out is that issues like dementia are more challenging to notice. Physicians and others who are referring patients may have trouble identifying whether someone could indeed benefit from hospice care or not.

Further Reading:
Can A Hospice Patient Go To The Emergency Room Or Hospital

Cancer patients are the easiest to identify in regards to their eligibility. This is due to them having the most predictable path in regards to their needs for hospice care. It will not be too challenging to determine when a patient with cancer is within the final six months of their lives, compared with someone suffering from a condition like dementia.

There is another reason why families are waiting to get their loved ones hospice care too late, which is due to patients having several conditions simultaneously. Even if there are multiple issues someone is struggling with, none of them may match the criteria that exist to receive hospice. However, looking at the research mentioned earlier, cancer was not the condition that most often led to death. Instead, it was frailty and organ failure. Unfortunately, the hospital acceptance rate for frailty is at the very bottom, while the acceptance rate for cancer is at the very top.

The Impact of Delaying Hospice Care

The level and degree of care a patient could receive in hospice care becomes jeopardized. Experts believe a patient has to get at least 90 days to start benefiting from the hospice care program. An average of 73.9% of patients are receiving care for 90 days or less. Optimizing benefits will be impossible with late admission into hospice care.

This palliative care is designed to deliver comfort and a better quality of life to those who have little time left to live. They could be receiving pain management and spiritual support, as well as being involved in social and physical activities that work best for the patient. Instead, fewer of these services are provided and stress levels are elevated for everyone involved.

Families receiving hospice care too late also jeopardizes the ability for a patient to die at home, which has been found to be the preferred choice by a large margin. Instead, a sudden crisis may result in a patient needing to be rushed to the hospital.

Placing a great deal of focus on fighting a disease leads to far less attention being placed on the eventual fact that the patient will die. This can lead to funeral arrangements, wills, financial arrangements, and other important tasks to become sidelined and neglected. Greater fear and stress can occur when these are ignored until it is very late.

Further Reading:
How Do You Set Up Hospice Care

Finally, expenses for very expensive disease-modifying treatments that are, ultimately, unnecessary could place families into massive amounts of debt. If these were seen objectively as being ineffective or futile, then more attention would have been placed on putting a loved one into hospice care and ensuring their last days are relaxing and comfortable.

Families are placing their loved ones into hospice care too late. There are some understandable reasons as to why this occurs. However, there could be far less suffering on the side of the patients if those who qualify for hospice care get it early enough. Families will also get to avoid dealing with challenging dilemmas and circumstances.

Placing someone into hospice care shouldn’t be seen as a sign of defeat. It is far from it. Instead, it provides the right type of care a patient needs the most once the signs are all there that it is time for them to move on.

And now, a message from our sponsor 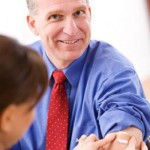 Which Hospice is the Best?

What Does It Mean To Go On Hospice Care?

Does Hospice Provide Caregivers At Home

How Quickly Can Hospice Be Set Up

When Should You Refer Your Patient To Hospice

Sadly, I think insurance plays a huge fault in this. My grandmother has been sick and rapidly declining and medicare has had us jumping through hoops. Hospice has finally been approved and they are supposed to contact us now….but she is already in stages of delirium. I came across this article looking for ways to help her without Hospice.